Britain From A to Z: Z

I admit that it took me a while to decide what Z topic to talk about. My initial thought was to make the topic Zebra Crossing, which is a striped speed bump seen throughout the UK. I was going to simply show the photo below and leave it at that. 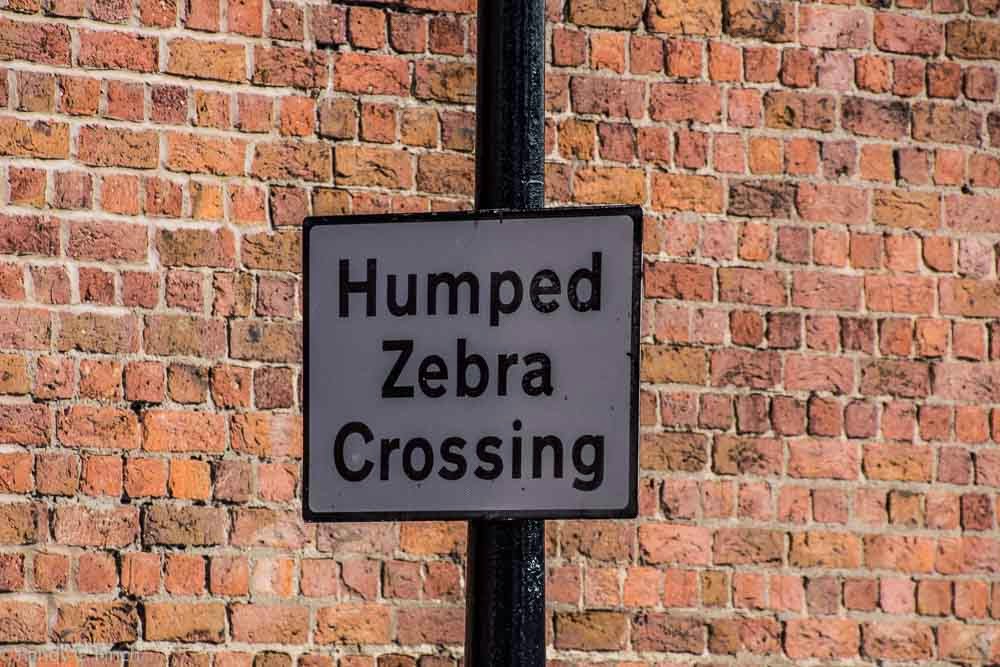 I later decided I wanted a bit more substance, but was having a hard time coming up with a Z word that had any relevance to my Britain trip. Ultimately I settled on Zeitgeist.

For those that don’t know, zeitgeist means “spirit of the age” or “spirit of the time”. It refers to the dominant school of thought that influences the culture of a particular place at a particular time. In this post I will be concentrating on the prevailing British zeitgeist as it relates to freedom.

While traveling across Scotland, England, and Wales, my sense was that I was in a free country. Our tour bus traveled about without governmental checks. We had to show our passports upon our initial entry into the country in Glasgow, Scotland, but I do not recall having to show them ever again, even when crossing borders into England and Wales. We traveled across a lot of rural areas and visited quite a few urban areas. Mostly, I felt about the same as I do when traveling across the United States. The main difference I observed was the accents.

Despite the overall decline of freedom around the world over the last few years, Freedom House still lists the UK and the US as free countries. When it comes to economic freedom, the US has been declining rather quickly. We are now no longer listed among the Free nations. Rather, we are listed as Mostly Free by The Heritage Foundation. Only six countries are listed as free. The US is now at number 12. The UK is slightly less free at number 14. It is sad to me to see countries like Chile and Estonia being ranked higher in economic freedom than the US.

Two social areas of freedom of interest to me are gun control and healthcare.

Here in the US, gun control has been a topic of hot debate for many years. Some would like to outright ban guns for ordinary citizens, only allowing the police and the military to have them. Others point out that criminals would still have guns even if they were all banned. Therefore, as long as the criminals have them, honest citizens need them for protection. From what I have read, Britain is further down the road on banning guns. They are still available, but my understanding is that it is more difficult to get a permit there than in the US as a whole. In fact, when we met Baron Dafydd Wigley in Wales (see my post on Xenophobia), one of the things he said was that the Brits simply don’t understand the US’s lax position on gun control.

Another area where Britain is further along the social trail is healthcare. Publicly funded healthcare has been around for years now. Interestingly, several people I encountered seemed to not like this. They pointed out how those with enough money also bought private insurance because the public system was inadequate in some ways. I think the biggest issue is the waiting time for certain tests and procedures. This is similar to some of the complaints coming out of Canada. While every Canadian I’ve talked to about their healthcare seem to like it, there are those times when Canadians have to travel to the US to get a test sooner than their system allows so that any necessary treatments can begin earlier rather than later.

Let us hope that in the midst of Britain, the US, and other free countries moving more and more down the socialist path, we will love freedom enough to stop before we lose control of our lives as has happened in too many countries around the world.
Posted by Randy C. Finch at 10:06 AM No comments: