Britain From A to Z: W

I was originally going to devote the letter W to Weather. You know, talk about how Britain is known for rain and fog, and how we encountered little of that during our visit. But recently I have been watching a documentary series on TV entitled “The World Wars” on the History Channel. If you haven’t seen it, you need to. It is very informative and very well done. Because of it, I decided to make this post different from the former ones. Rather than talk about our travels across Britain, I will be talking about something that occurred over 70 years ago that made it possible for me to even make the trip.

One of the things that really struck me was how much of the world the Axis (Germany, Italy, USSR, and Japan) took over during WW2. It had to have struck terror into the Allied nations. In 1940, Hitler decided to strike Britain with an intense bombing campaign. Many cities were attacked over many days. 60% of London was destroyed and thousands of people were killed, not to mention all the injured. It was Hitler’s intent to break the will of the Brits so they would ask Churchill to back down and surrender to the Germans. It had the opposite effect. The Brits were not about to cave in to a ruthless dictator. But, what to do about it?

Although England had a large naval fleet, they knew it could not stop the bombers. So, some fast, agile fighter planes were commissioned to take the battle to the air. Also, advances in radar allowed tracking of the German planes from the time they took off. The counterattack was extremely successful, with the RAF bringing down a large percentage of the bombers making their way to England. Hitler was so distraught over the situation that he decided to call off the British attacks and go after one of his allies, Russia. This ended up being one of the worst decisions he could have made.

One of the commentators on “The World Wars” show said he felt that England’s successful counterattack saved Western Civilization. I think perhaps he is right. And I’m so thankful for the resolve of the British people and their leaders, especially Winston Churchill. I really like Western Civilization and am glad it was saved.

In conclusion, let me symbolically take my hat off to the British. Thanks for being the stopgap during WW2 while the US was still contemplating what to do. It’s good to be your ally.

Here’s a few photos from London in WW2 that I found at http://www.historyplace.com/worldwar2/timeline/london-blitz.htm . I can’t imagine the horror those people felt as they were being attacked night after night during the German blitz. 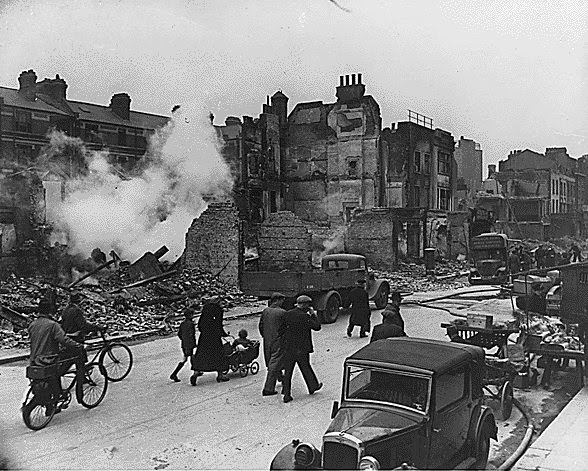 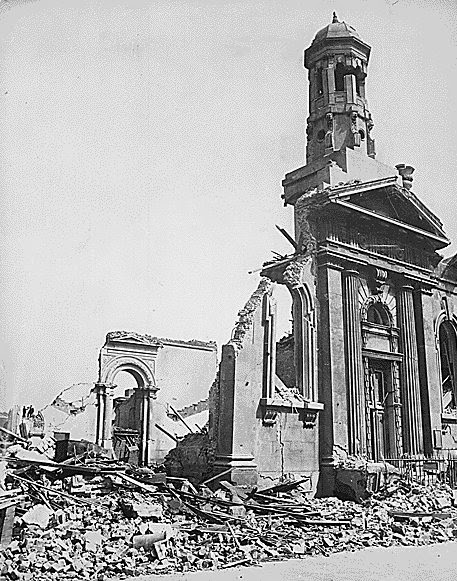 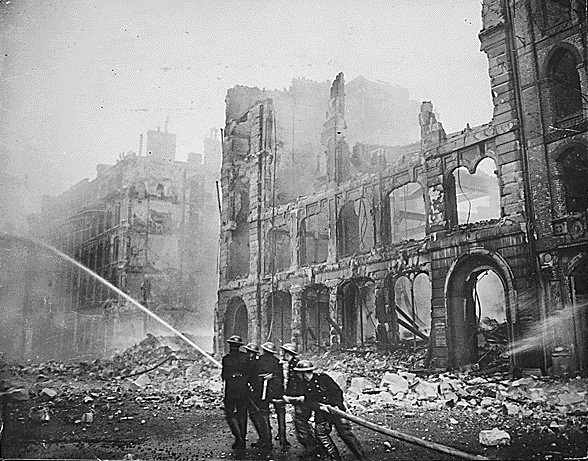 Britain From A to Z: V

When my son Andrew was conceived, several errant sequences inserted themselves into his DNA. He is so different from his mom and me that this has to be true. One area of difference is his taste in drinks. He doesn’t like the old standbys that I like, like Coke and Mountain Dew. Noooo-ooooh. He’s gotta have those weird drinks like Mountain Dew Baja Blast and Big Red. Ewwww. And not only that, he’s always on the lookout for even weirder drinks to indulge in. And he found a few in Britain. One he discovered early in our trip was Vimto. It’s a fruity drink that I don’t like. So guess what, my son LIKED it. It was almost as if Vimto was a Facebook message. 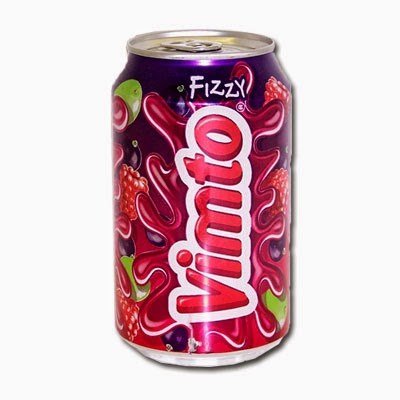 Surprisingly, later in the trip Andrew discovered yet another drink he liked even better: Irn-Bru. Have you ever heard a song by the 60’s band Cream named “Strange Brew”? Well, it could have been written about this drink, because Irn-Bru is one Strange Brew. And guess what. Cream was a BRITISH band. So, I guess they wrongly liked it also. It’s one of those drinks that brings back old childhood memories of liquid medicine I was made to take. Yet my son loves it. But perhaps it’s not so strange considering how much Andrew loves Britain, especially Wales. 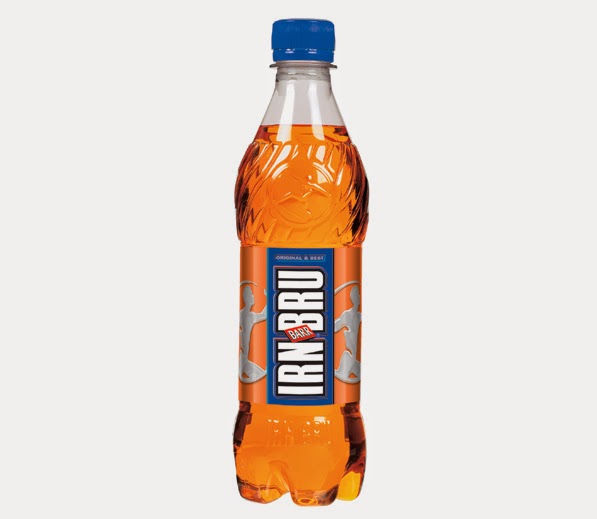 But you know what? Apparently LOTS of other people love these drinks. Vimto was introduced in 1908 in Salford, Greater Manchester, England. Irn-Bru was introduced in 1901 in Scotland, the home of Scotch Whiskey, their national drink. In fact, Irn-Bru is often described as “Scotland’s other national drink”. You can’t last this long without lots of people liking your product. So, perhaps my wife and I are the ones with the errant DNA. Nah!

Interestingly, shortly after returning home to Alabama, we were shopping at Publix. Lo and behold, there in the International section were Vimtos and Irn-Brus. We popped a few in our cart and waited for our son’s reaction. And it was worth it. He simply couldn’t believe it. He thought he had left those flavors behind.

On a related matter, I had always heard that Brits like their soft drinks at room temperature; therefore most restaurants didn’t put ice in them. Well, this was somewhat true. However, some places did put a small amount of ice in drinks; more if you asked. But one thing I did not see was ice in tea. In Britain, tea is served hot. Iced tea is nowhere to be found; at least not in the places we visited. After two weeks of being on the wagon, I immediately consumed some iced sweet tea on return to the colonies. Oh, yeah!
Posted by Randy C. Finch at 12:51 AM No comments:

Britain From A to Z: U

As are many countries, including the US, Britain is enthralled with heroes. Usually these heroes were a part of the military, but they can include political leaders and others, also. And in many cases, there are memorials and monuments built for those unknown heroes, or UNSUNG HEROES. During our trip to Scotland, England, and Wales, we saw many statues and structures built to honor both the unsung and the sung heroes. Here in the United States, the most famous memorial for an unsung hero is the Tomb of the Unknown Soldier in Arlington Cemetery in Virginia. Here’s a photo of some students paying tribute to this unsung American hero. That’s my son on the right. 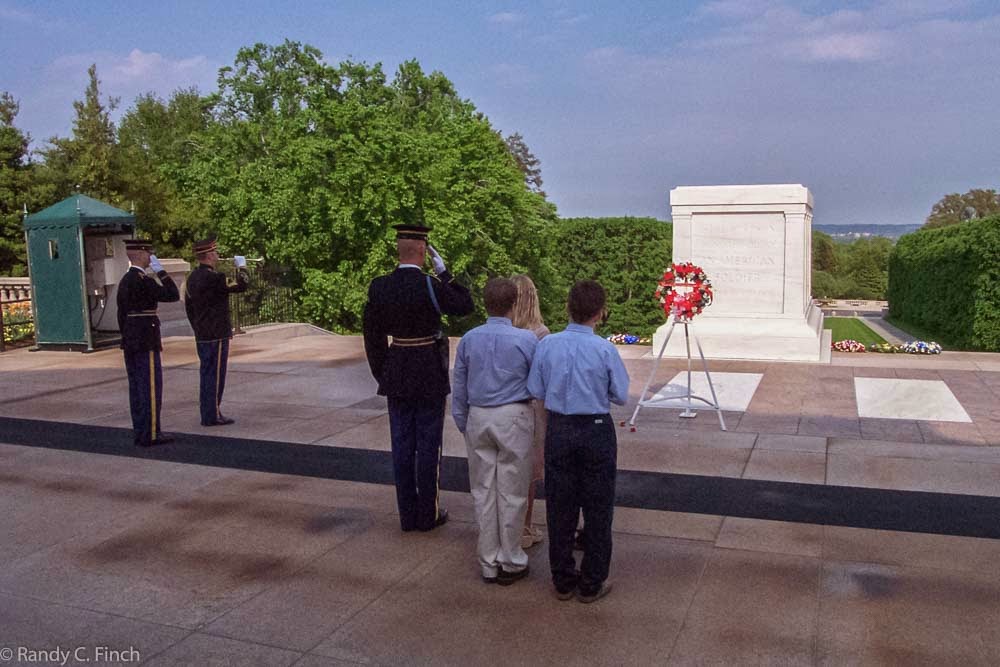 Here’s a photo from each of the three countries we visited showing a memorial, either to sung or unsung heroes. 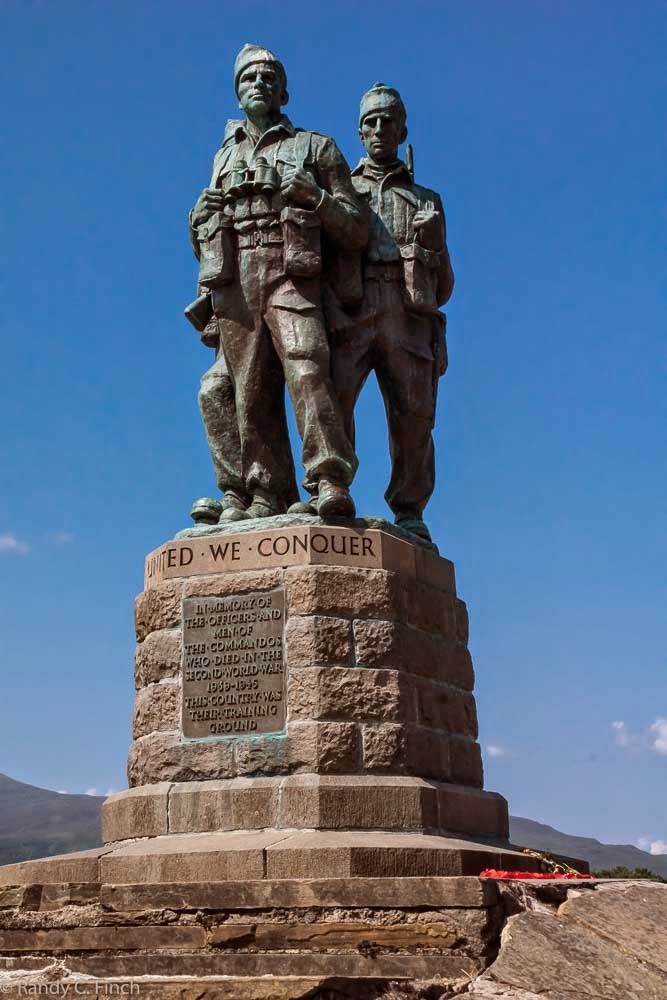 The Commando Memorial in Scotland is in memory of the men of the Commandos that died in World War II. It is located in the middle of nowhere, but is apparently near the Commandos training ground. 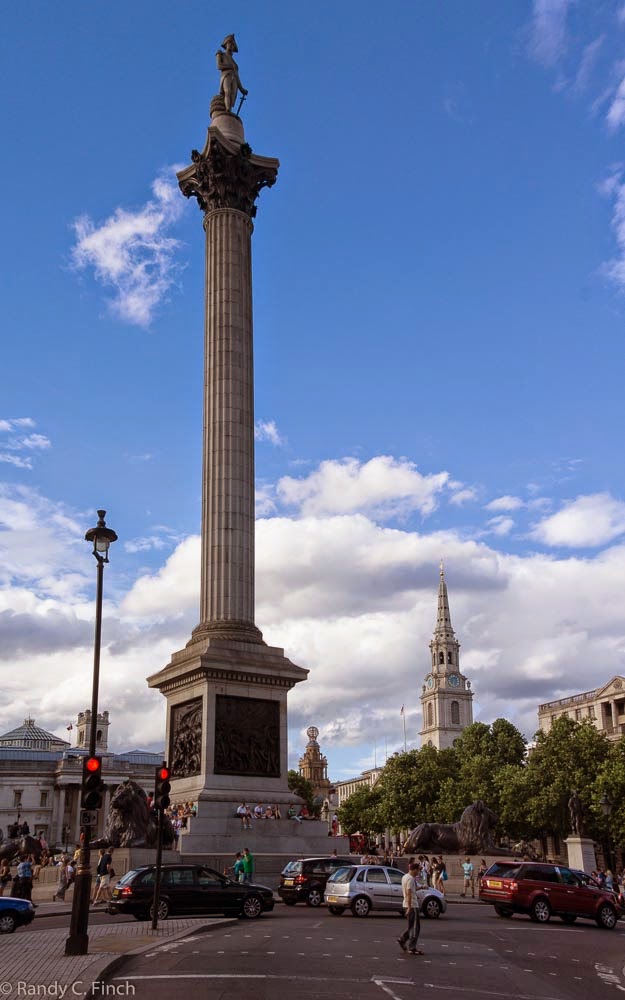 The Nelson Column is dedicated to Admiral Horatio Nelson, who was a British flag officer in the Royal Navy and known particularly for his service during the Napoleonic Wars. Obviously, he is “highly” thought of given how high they placed his statue on the column. 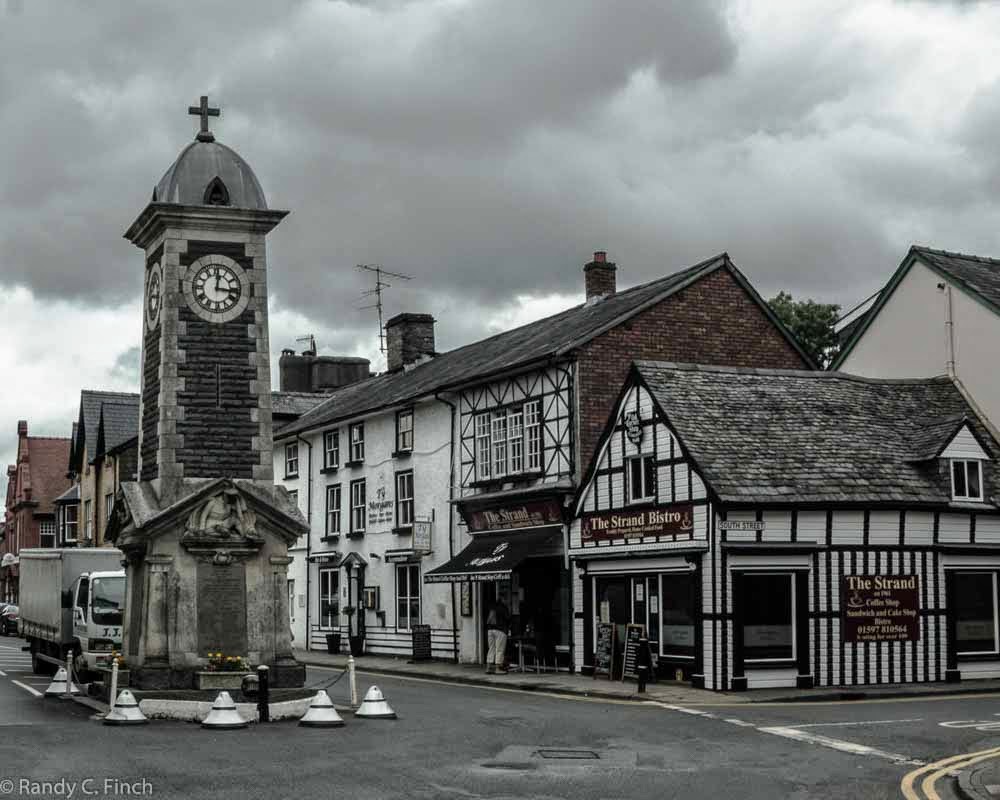 The Rhayader Clock in Rhayader, Wales, is dedicated to the men of the city who were lost in both World Wars. It is considered to be sitting on the dividing line between North Wales and South Wales.

There were many more statues and memorials all across Britain dedicated to individuals and groups considered to be worthy of recognition. There is a human compulsion to honor those who sacrificed themselves for a worthy cause. Scotland, England, and Wales are no different. One difference with the US is that they have existed far longer than we have. Thus, there are many more people to memorialize.